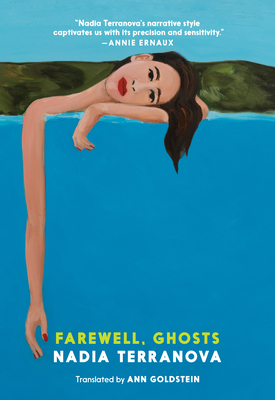 Finalist, Premio Strega, 2019 | Winner, Premio Alassio Centolibri | Selected among the 10 Best Italian Books of 2018 by Corriere della Sera
Ida is a married woman in her late thirties, who lives in Rome and works at a radio station. Her mother wants to renovate the family apartment in Messina, to put it up for sale and asks her daughter to sort through her things--to decide what to keep and what to throw away.
Surrounded by the objects of her past, Ida is forced to deal with the trauma she experienced as a girl, twenty-three years earlier, when her father left one morning, never to return. The fierce silences between mother and daughter, the unbalanced friendships that leave her emotionally drained, the sense of an identity based on anomaly, even the relationship with her husband, everything revolves around the figure of her absent father. Mirroring herself in that absence, Ida has grown up into a woman dominated by fear, suspicious of any form of desire. However, as her childhood home besieges her with its ghosts, Ida will have to find a way to break the spiral and let go of her father finally.
Beautifully translated by Ann Goldstein, who also translated Elena Ferrante's Neapolitan quartet, Farewell, Ghosts is a poetic and intimate novel about what it means to build one's own identity.
NADIA TERRANOVA (Messina, 1978) is the author of Gli anni al contrario (Italy: Einaudi Stile Libero), Casca il mondo (Mondadori, 2016) and Bruno, il bambino che imparò a volare (Orecchio Acerbo, 2012), She also writes for the Italian newspaper la Repubblica. This is her first book to be published in English.
Translator ANN GOLDSTEIN is a former editor at The New Yorker. She has translated works by, among others, Primo Levi, Pier Paolo Pasolini, Elena Ferrante, Italo Calvino, and Alessandro Baricco, and is the editor of the Complete Works of Primo Levi in English. She has been the recipient of a Guggenheim fellowship and awards from the Italian Ministry of Foreign Affairs and the American Academy of Arts and Letters.
“Nadia Terranova’s narrative style captivates us with its precision and sensitivity.”
—Annie Ernaux

"I also loved Farewell, Ghosts, a much more sun-drenched novel by Nadia Terranova, in which a woman returns to the Sicily of her youth to confront her family secrets. Beautifully translated by Ann Goldstein, Elena Ferrante’s translator, it’s perfect for the reader who wants to explore modern Italian fiction beyond Ferrante." —Jonathan Coe in The New Statesman

"Nadia Terranova’s sophomore novel—her first to be published in English—is a carefully crafted meditation on familial ties and the pernicious effects of unprocessed trauma on a woman’s sentimental education. . . .  a tale of homecoming both so familiar and devastatingly new that it is sure to gain Terranova a robust following among English-speaking audiences."
—Asymptote Journal

“Readers who appreciate Ferrante’s unpicking of the legacies of trauma will find a sister narrative in Terranova’s book, in which protagonist Ida leaves Rome to help her mother clean out the family home in Messina, Sicily. This means returning to the place where her father, deeply depressed, disappeared, and where Ida and her mother lived on day after day, unable to find the words to express the pain of his absence... Farewell, Ghosts explores what it is like to be robbed of life: by grief, by depression, by self-destruction... In this novel full of ghosts, every street name is a haunting and every word is a summoning to the dead. 'His coffin remained everywhere,' Ida says at one point, but it’s she who is unable to live.” --Hannah Williams, The Guardian


"Born and raised in coastal Sicily, Ida has since shaken her salty roots for adult life in Rome. She’s married, has a career, and is comfortable in her decision to age childless; but still finds herself unsatisfied. When Ida’s mother calls her back to Sicily to help sell Ida’s childhood home, Ida must reckon with the trauma that has informed all of her decisions thus far: the disappearance of her father when she was 13. The mystery behind her father’s exit became the reason for every spat between Ida and her mother growing up, and the reason Ida never fully gave herself to the friendships and relationships she’s moved through since adolescence. On this trip home, Ida must face her original heartbreak, and the people who became collateral damage, with the hopes of saving her marriage and family in the future. To say this is beautifully translated doesn’t even scratch the surface; Goldstein, who has also translated Elena Ferrante's novels, finds poetry in Terranova’s every line. Together, these two artists have birthed an aching, translingual masterpiece."
—Booklist

"Nadia Terranova’s novel Farewell, Ghosts, in Ann Goldstein’s translation, summons the power of the house in order to dissect the relationship between self and space, memory and reality.....Comparing Terranova to Elena Ferrante, another contemporary Italian woman writer who thematizes disappearance and delves into the recesses of the feminine psyche, seems inevitable."
—Stiliana Milkova, Reading in Translation

“[Farewell, Ghosts] is the best book I read in the last year. It moved me deeply.”
—Domenico Starnone

“The novel evokes the world so palpably portrayed by Elena Ferrante, a comparison underscored by Ida’s troubled relationship with Sara, a young woman who had been her closest friend but now spurns her efforts to reconnect. ... A delicate rendering of a life smothered by overwhelming loss.”
—Kirkus Reviews

"Lucidly translated by Ann Goldstein (of Elena Ferrante fame), this is an exact and intimate tale about identity and absence. Farewell, Ghosts tells the story of thirty-something Ida, plunged back into a painful pastwhen her mother decides to renovate and sell the crumbling family home on the Sicilian coast. As Ida sifts through old mementos, memories of her father’s disappearance and fraught moments with her mother resurface. Will she find the closure she needs?" —Monocle