Blood Runs Coal: The Yablonski Murders and the Battle for the United Mine Workers of America (Compact Disc) 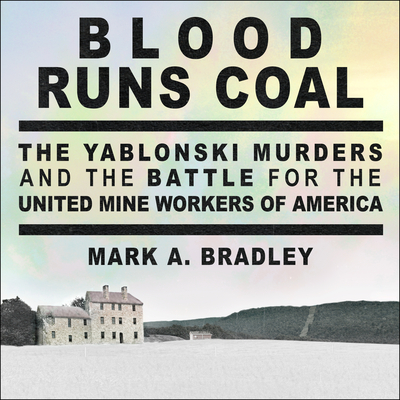 Blood Runs Coal: The Yablonski Murders and the Battle for the United Mine Workers of America (Compact Disc)

By Mark A. Bradley, Perry Daniels (Narrated by)


Email or call for price
In the early hours of New Year's Eve 1969, in the small soft coal mining borough of Clarksville, Pennsylvania, longtime trade union insider Joseph Jock Yablonski and his wife and daughter were brutally murdered in their old stone farmhouse. Seven months earlier, Yablonski had announced his campaign to oust the corrupt president of the United Mine Workers of America (UMWA), Tony Boyle. Yablonski wanted to return the union to the coal miners it was supposed to represent. Boyle was enraged about his opponent's bid to take over-and would go to any lengths to maintain power. The most infamous crimes in the history of American labor unions, the Yablonski murders triggered one of the most intensive and successful manhunts in FBI history-and also led to the first successful rank-and-file takeover of a major labor union in modern US history, one that inspired workers in other labor unions to rise up and challenge their own entrenched, out-of-touch leaders. Blood Runs Coal comes at a time of resurgent labor movements in the United States and the current administration's attempts to bolster the fossil fuel industry. Brilliantly researched and compellingly written, it sheds light on the far-reaching effects of industrial and socioeconomic change that unfold across America to this day.